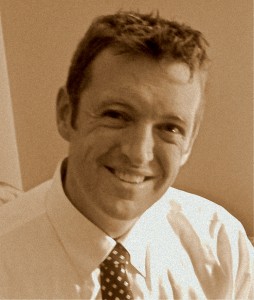 Matt grew up in Spokane, Washington.  Upon graduating from Lewis and Clark High School, Matt attended Gonzaga University on an Army ROTC scholarship. After graduating from Gonzaga, Matt served four years on active duty as an Intelligence Officer.  His final active duty posting was with the Army’s 75th Ranger Regiment as an Airborne Ranger.

Matt left the active duty Army, moved to Seattle, and obtained a Masters in Teaching from the University of Washington. Shortly after graduating from teaching school the Army recalled Matt to active duty military service. Matt spent 2003 – 2004 in the Middle East and East Africa providing intelligence support to Army, Navy, and Air Force Special Operations Forces. Matt was accepted into the Gonzaga University School of Law while deployed overseas.

Matt graduated in the top five percent of his law school class and served as Editor-in-Chief of the Gonzaga Law Review.  Matt spent the first five years of his legal career as an attorney in the litigation departments of Paine Hamblen and Witherspoon Kelley, the two largest law firms in Eastern Washington.  During that time Matt litigated cases on behalf of, and against, major financial institutions, insurance carriers, and other corporations. In addition, Matt represented members of the military who experienced workplace discrimination in violation of the federal Uniformed Services Employment and Re-employment Rights Act (USERRA). Matt’s USERRA work allowed him to advocate on behalf of service members ranking from Private to General.  Matt’s USERRA endeavors pitted him against some of the largest employers and law firms in the country. The successful results Matt obtained as part of his USERRA litigation are available at http://www.servicememberlaw.com. In 2012 Matt made the decision to go into business with his father, Robert Crotty, who has now retired from the practice of law.

Matt has tried federal and state jury trials, bench trials, and arbitrations, is licensed to practice law in Idaho and Washington, and is willing and able to represent clients in employment discrimination, wage and hour, personal injury, and general commercial litigation matters.

Matt is a happily married father of three children who enjoys the outdoors and exercising.  Matt retired from the Washington Army National Guard in 2016 following a 30 month assignment as the commander of a 350 Soldier intelligence collection and analysis unit.